As it stands, since I spent nearly the whole weekend playing it, I figured I’d do at least one thing constructive and write a blog post on this game. ^_^;

So, the official open beta for Star Trek Online came out last week. I tried and failed to pick up a beta key from several sources, and so originally didn’t really pay much attention to it.

But then, as the week progressed, as a lot of friends online had picked it up (through beta keys or just by pre-ordering), I started to hear a lot of good things about it.
After several chat sessions on IM and forums, I figured what the heck, and on Friday, pre-ordered it. I figured at the very least, even if I hated it, I’d be helping to continue currying some interest in the Star Trek games franchise. Since my little games group and I have been responsible for one of the only other Trek-based roleplaying experiences around, I was going in with a very stern view on the entire thing.

END_OF_DOCUMENT_TOKEN_TO_BE_REPLACED

So just for those of you who missed it, Steam had a holiday sale over the Christmas holidays where they sold the majority of their games catalog at price discounts of up to 75% off.
Me being the stickler for bargains that I am, I couldn’t resist and bought every game I had been holding out for at that time. I probably spent something like 150 bucks, but I ended up with over 100 new games in my account. And these weren’t just small indie or casual games, either. I’m really looking forward to trying out Prototype, GRAW and Arkham Asylum… after I’ve finished playing Dragon Age. ^_^

So while I was settling down to playing my new games, I started to actually ponder the concept of digital distribution a little bit. I was feeling a lot happier and excited about getting and playing these games that I had downloaded, rather than bought from a store and was trying to figure out why.
I guess in its simplest form, it’s merely just buying digital content online and downloading it to your hard drive, as opposed to going to a shop and buying the exact same data on a physical form of media. On it’s own, this seems pretty uninspiring, so I started to think more about why I was feeling more satisfied about it. Here are some of the reasons I came up with.

END_OF_DOCUMENT_TOKEN_TO_BE_REPLACED

At least that’s what I think. 😉

I found this yesterday, during the second time I was watching it (pausing every few seconds to ‘ooh’ and ‘aah’ at the eye candy of course. 😉 ).

During the opening seconds of the video, when the array of alert panels is revealed to the camera, when viewed in HD, it’s possible to clearly make out each one legibly.
Have a looky at what one of them says. (Just to be certain, I enlarged it in Photoshop and ramped up the levels) 😉 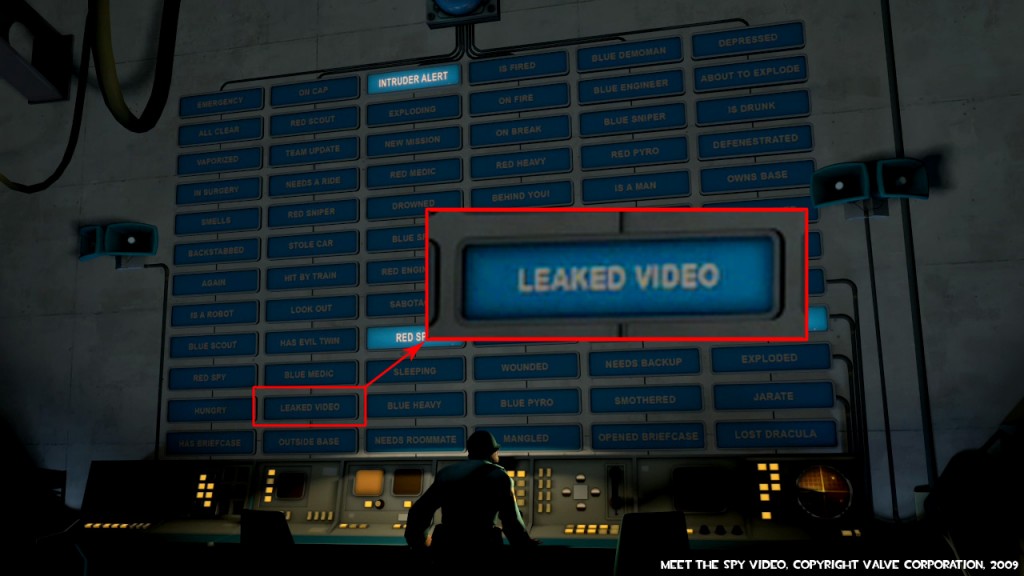 Now… I know that’s not really proof, but damn, that really is coincidental isn’t it? 😉