w00t! And so the holidays begin now! 😀
Over the past 2 or so weeks, I’ve been pretty much solidified on getting SteamerCard to work properly so it would stop cramming my email inbox with thrown exception errors, which thankfully… I’ve succeeded. Moreso, SteamerCard just hit 100 users on Facebook! Gratz to my friend Stephen’s hard marketing work no doubt. XD

Anyway, so with that totally out of mind (for now), I’m migrating to a new project. I’ve known of this project for 2 years… but it’s only recently started to come to fruition. 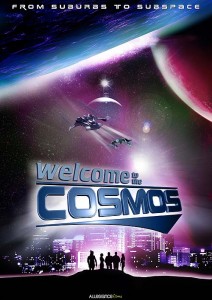 ‘Welcome to the Cosmos’ is a science fiction television series that will be released over the internet. It basically revolves around how 4 normal humans are accidentally swept aboard an intergalactic space ship that was passing over Earth during a botched mission. It is currently being shot in Melbourne, and will be released in full 1080p HD. There is also an official production blog online which can be viewed from http://www.welcometothecosmos.com/

I became a good acquaintence of the director of WTTC a few years back when I volunteered to do some animation work for another of his projects, and so this time around, he asked me back to see if I could help out with some of the computer generated sequences. Naturally, I jumped at the chance. ^_^

So now, I’m a CG artist for an online television series… cool. From the looks of it, the stuff I’ll be doing is mainly animation and compositing work, and quite possibly a little bit of 3D modeling. Naturally, it’s all going to be done in my platform of choice, LightWave 3D. ^_^

Thankfully, the majority of the 3D assets have already been created, so I don’t really have to stress over those. The two major elements are a ‘scout ship’ and a ‘patrol ship’. The production quality of these 2 assets is ridiculously high, as they have both been made by very high-end LightWave artists who have previously had work featured in such prominent shows as the new ‘Battlestar Galactica’. 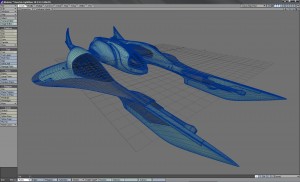 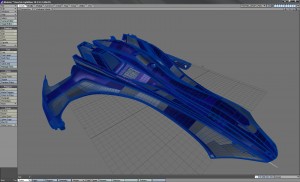 So… starting from these holidays, I’ve been assigned the task to create several fully CG shots involving these ships. The shots will need to be in 1080p and will need to be able to stand under heavy scrutiny hehe. Sounds somewhat tricky, but I’m down for the challenge. 🙂 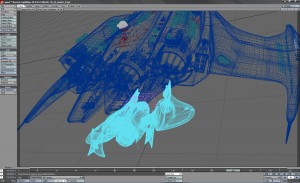 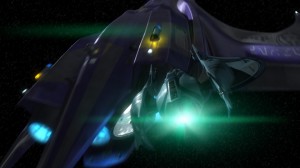 At this point, I’m still working on refining the motion of the scout ship, so I don’t think this shot is anywhere near complete yet hehe.

In any case, I’m very glad to have been given this chance to contribute. I’ve always wanted to put my 3D skills towards a professional production of this magnitude, and so I’m going to try my very best!